On December 3, 1832, the Georgia State Legislature created and officially recognized Lumpkin County. Earlier in the year across the Atlantic, Joseph Plateau and his sons invented a toy that created the illusion of ‘moving’ pictures. This invention, the phenakistoscope, was only the beginning in the development of moving pictures. Throughout the 19th century inventors continued to create innovative ways in which to capture and show these moving pictures, including Eadweard Muybridge’s zoopraxinoscope, Thomas Edison’s kinetoscope, Herman Casler’s mutoscope, and Louis and Auguste Lumiere’s cinematographe. Early cinema consisted of short, silent films, which began growing in length at the turn of the century. Although the inhabitants of Dahlonega and Lumpkin County were mostly unaware of these developments and focused the area’s hydroelectric power on mining, the film industry would soon burst onto the scene and become an integral part of the area’s history.

Although rich in gold and legend, Lumpkin County transitioned from the boom town it once was–the Consolidated Gold Mining Company went bankrupt in 1906–and found its success throughout the first half of the 20th century in film. The old, often abandoned mines throughout Lumpkin County, and the beautiful Appalachian Mountains and foothills provided the much needed scenery for the filming of “The Plunderer” in 1915; Ocean Film Company’s production of Mary Shelley’s Frankenstein, also in 1915; “Big Jim Garrity”; scenes from “The Great Divide”; “Driven” in the early 1920s; “The Daughter of Devil Dan”; and many others, giving rise to Dahlonega being call the “Hollywood of the South”.  During these years, many residents found themselves involved, in some way or other, in the production of these films. Dr. Craig Arnold, owner of The Mountain Inn which overlooked the town, was essential in helping to find locations and hire extras for “The Plunderer”. Dr. Arnold also landed himself a role in the film, and although Dahlonega provided the backdrop for the film, it never showed in town.

The first films to grace Dahlonega screens were first shown under pitched tents in the vacant lots now occupied by the Fred Jones Building, and were later viewed on the lower floor of the Price Building. But in the early 1930s, Dahlonega welcomed the man who would later be the namesake for the Holly Theater: Mr. Randall Holly Brannon. He began showing movies in the old high school auditorium, and in 1939 leased the Price Building with the intention of turning it into a theater. Mr. Brannon opened his theater on April 17, 1939 with a showing of “Stagecoach”(starring Marion Morrison, later known by his stage name, John Wayne), in the Price Building now fitted with air conditioning, Western Electric Sound, comfortable seats, and a welcoming entrance complete with a ticket booth, double doors, and a large neon sign that read THEATRE. Brannon and his theater remained in the Price Building through the end of World War Two, when he finally broke ground on the building that is now the Holly Theatre in March of 1947. 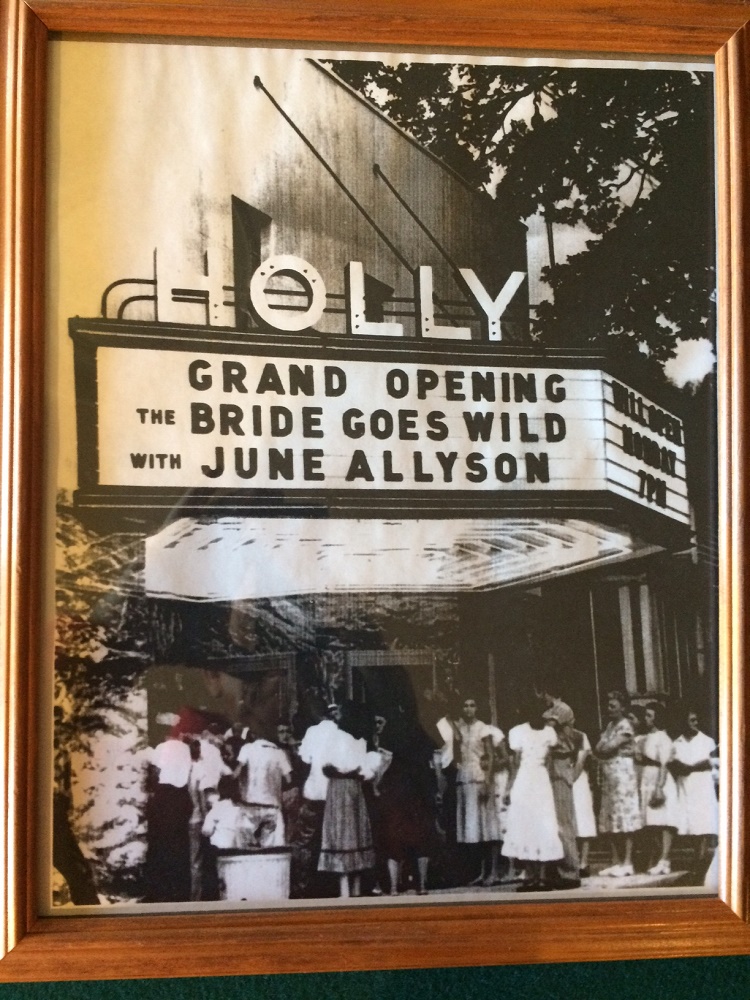 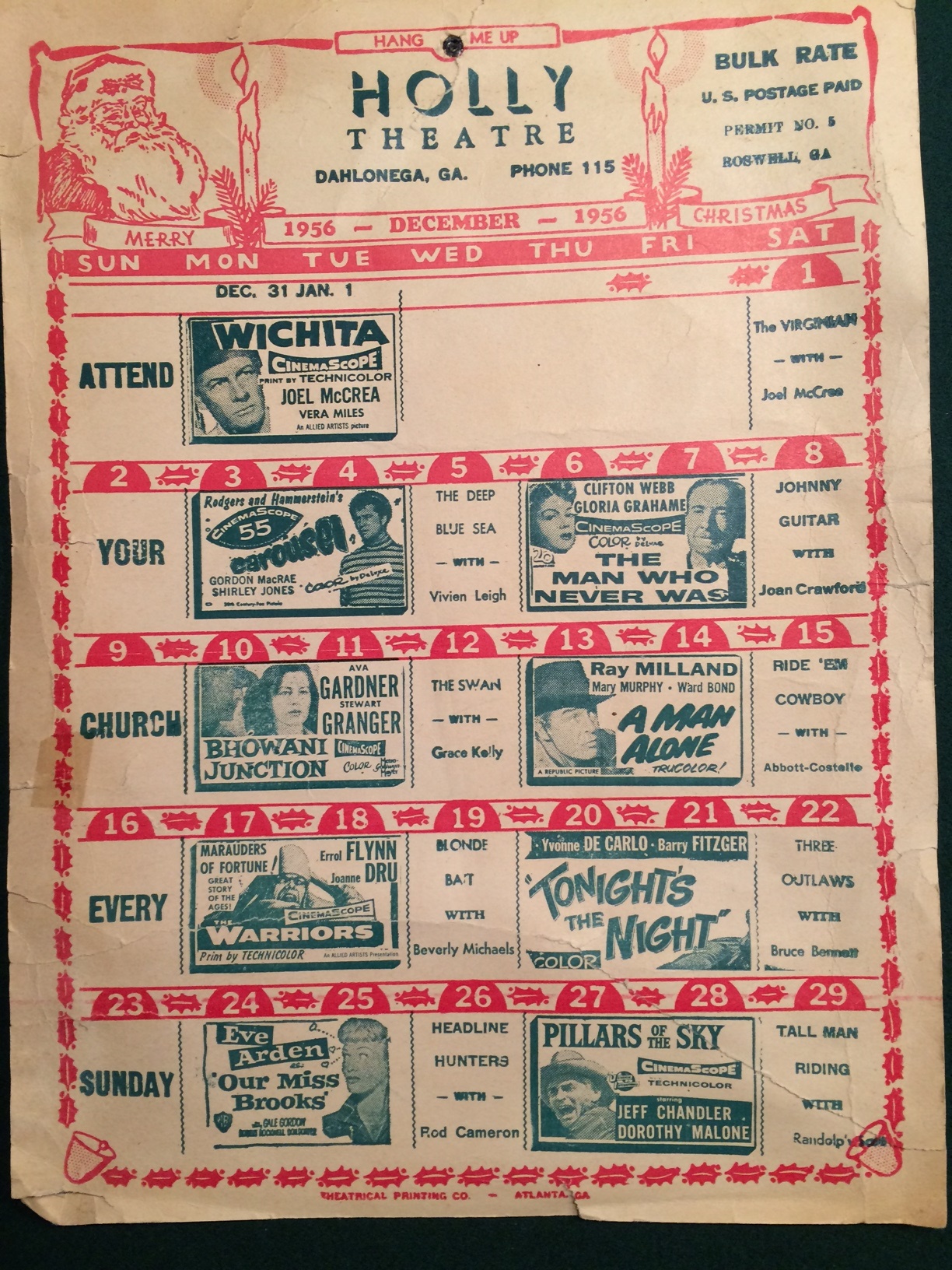